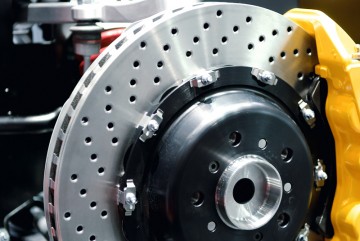 When stepping on the brake in a car, annoying squeaking noises may occur even if all components are in perfect condition. Such noises are often generated in the brake pad guides, where the base plates of the pads are subject to very high loads and have to slide short distances. Klüber Lubrication has developed its new Klüberpaste HM 96-402 to match this kind of application. The special paste for moving parts in drum and caliper brakes offers not only prevention of undesirable noises but is also highly resistant to washout and compatible with all standard EPDM seals.

"Products previously used in the pad guides of caliper brakes often did not offer the stability to washout that's needed," explains Christof Klein, Account Manager Automotive Industry at Klüber Lubrication. "This means that after a while undesirable noises occur each time you step on the brake. The development of our new special paste is the result of the excellent teamwork at Klüber Lubrication, which enabled us to meet the various requirements present in this application. We succeeded, for instance, in making a product with much better high-temperature characteristics while ensuring the paste is highly adhesive so that it will not be washed off the friction point."

Klüberpaste HM 96-402 is based on white solid lubricants that are resistant to temperature peaks even above 400 degrees Celsius. In combination with a water-insoluble polyglycol oil, good adhesion, water resistance as well as compatibility with the EPDM seal are attained. The new special paste can be applied by the OEM as well in the after-market by car repair shops when replacing brake pads.